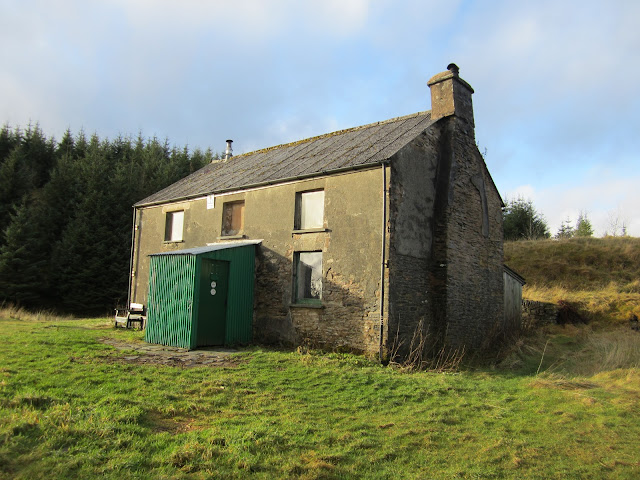 On Friday my brother a I went for a much needed day out. Its been months since I've visited the hills, so a trip to Nant Rhys Bothy in Mid Wales, gave us a gentle walk with an interesting objective. 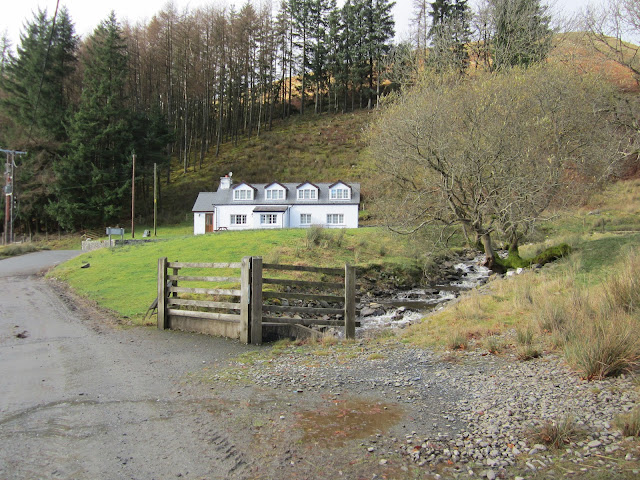 We left the car in Cwmystwyth and followed the old track that climbs up the valley to the west of Yr Allt. 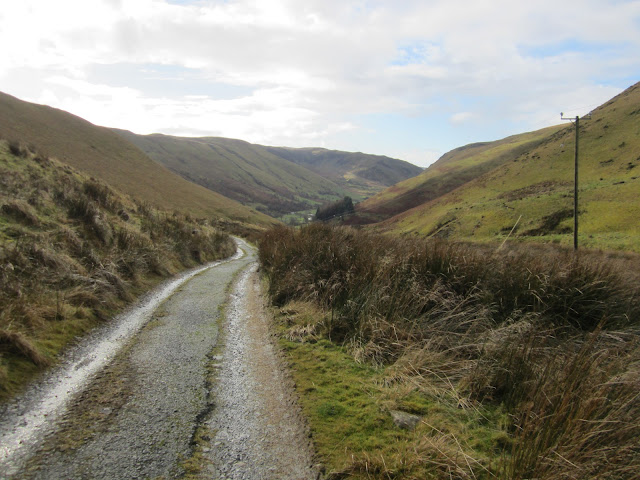 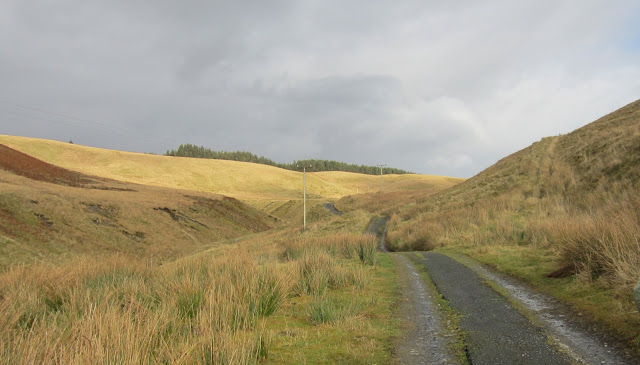 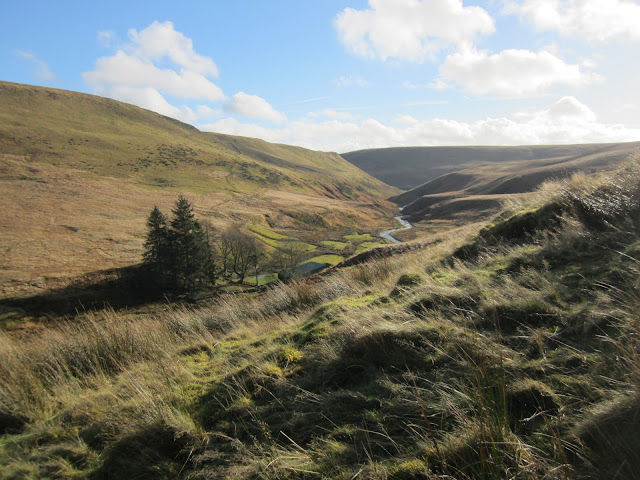 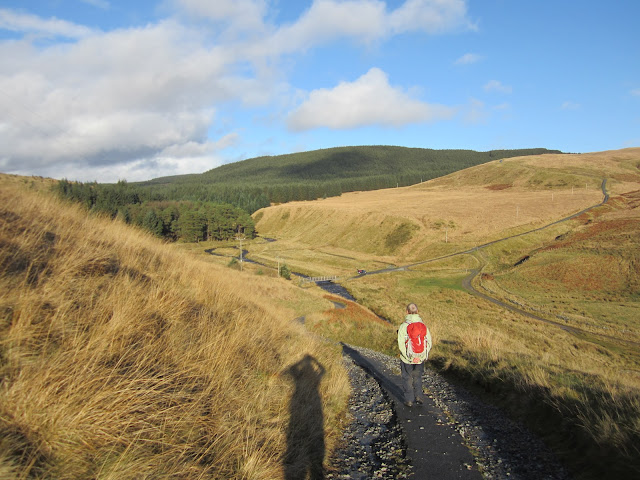 As the track descended towards the Afon Diliw, we enjoyed the low winter sunshine. 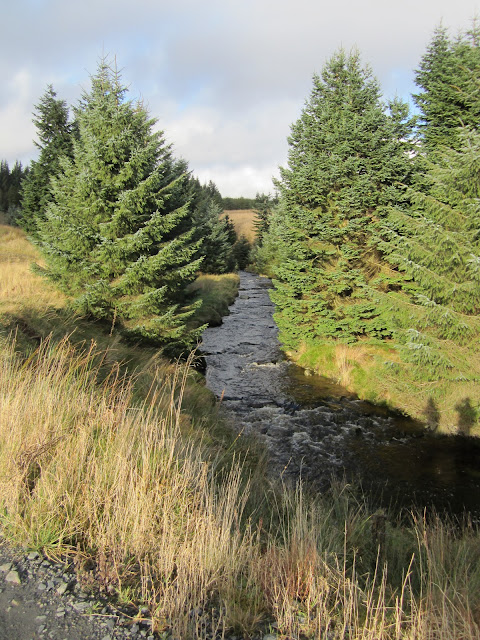 We crossed the foot bridge and followed the bridleway which lead to the bothy. Considering the floods we'd seen on the journey up from Worcestershire, the river was  surprisingly low and clear as it gurgled its way towards of Aberystwyth. But this tranquillity scene was not to last! 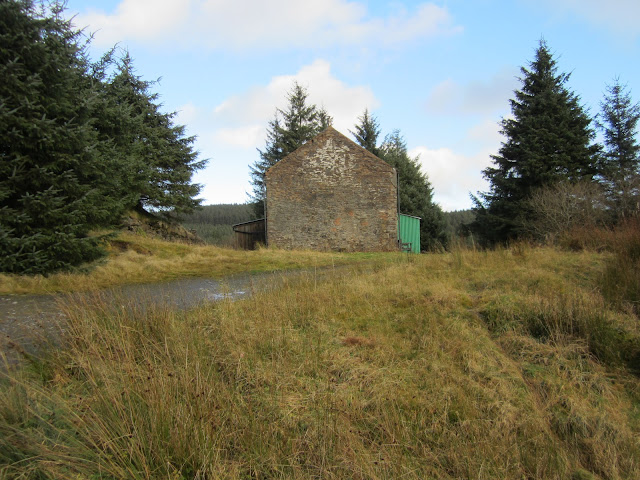 ﻿
﻿
Nant Rhys Bothy is a real gem, there are two rooms downstairs the one with a stove, chairs, and sleeping platforms looks very cosy,  plus another bedroom, upstairs. 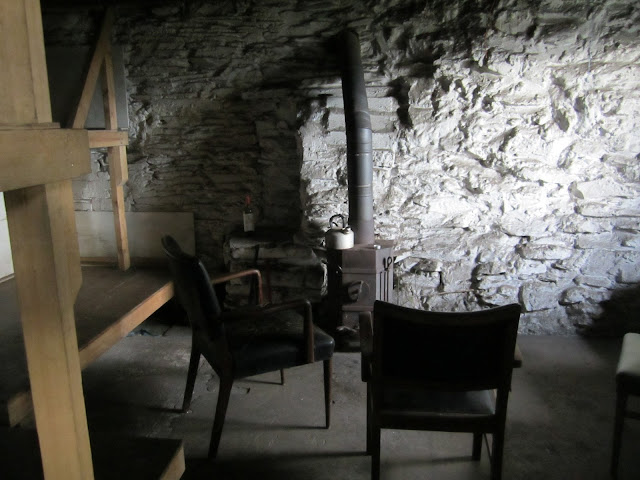 Outside there is a wood store, complete with saw horse, plus the luxury of a one hole compost toilet. 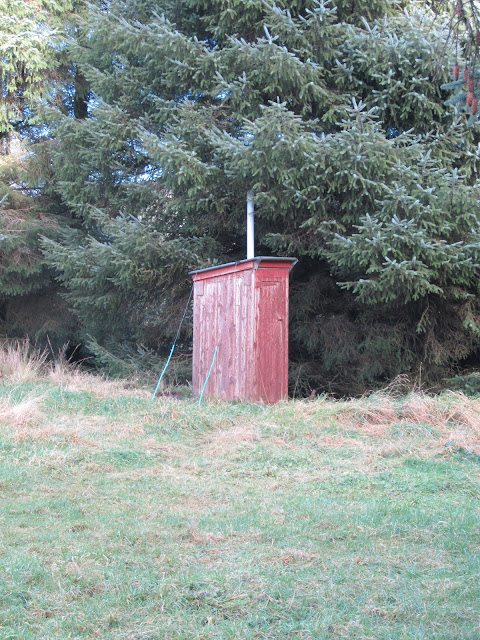 The walk back from the bothy was quite an eye opener!
The presence wind turbines which we'd tried to ignore on our way to the bothy was quite overpowering, particularly the noise from the turbine blades which almost completely blotted out the sound of the Afon Diliw, what was even worse were the shadows from the rotating blades flickering on the trees. If this had been the windows of my house it would driven me completely bonkers in a very short space of time. And this was from turbines that were about 500 yards away!!!!!
﻿ 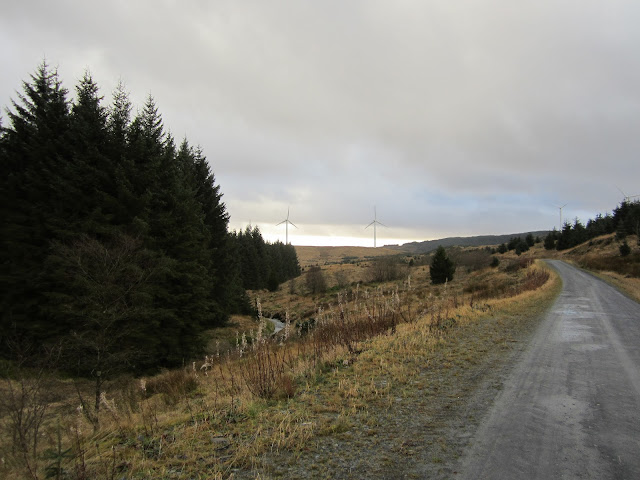 Once clear of the wind turbines, we had a enjoyed the remainder of the walk back to the car and although we got slightly damp from a short sharp rain shower any discomfort was more than offset by this beautiful rainbow. 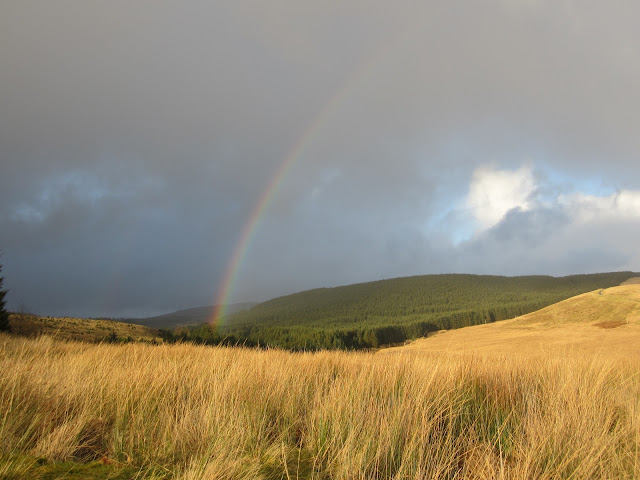 Always a good source of facts about the wind industry and its interesting ways of distorting the truth, Dougal Quixote came up with this item on house prices.
His post "The Desecration of Scotland" is also well worth a read, and contains this link showing the concentration of turbines being installed in Galloway, not a pretty site to those who love this part of the country! 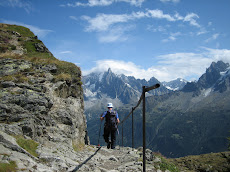 This Blog is about wild camping in the mountains of the UK and Europe, and my quest for a lighter rucksack.